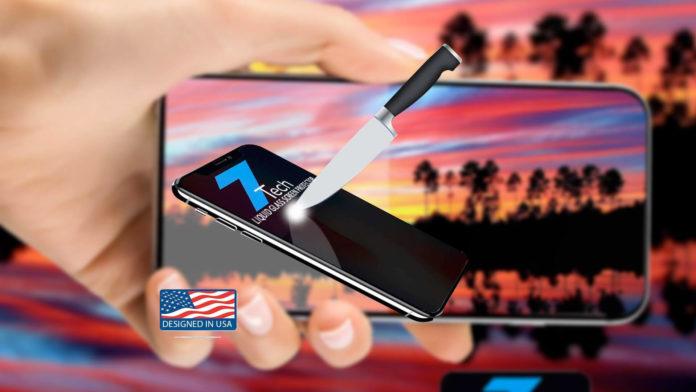 As of our evaluation and reviews over many of the screen protector types, we have come up the final conclusions. And, finally, it is these top 5 that we feel the most confident with and would want you to consider over.

The liquid screen protectors are extremely effective to prevent scratches and fingerprints. They are best for the protection of your phone screen while very invisible and easy to apply to.

What Are Liquid Screen Protectors?

But we’re not entirely sure if companies add additional products to the Silicone Dioxide.

That is because when SiO2 dries, the liquid screen protector naturally provides the oleophobic coating and anti-bacterial properties by itself.

Liquid glass can be pretty much be applied to anything that you can think of from what we understand.

According to the liquid screen protector manufacturers, they say that the glass on your smartphone gets rough over time at a microscopic level.

A new smartphone comes with a coating that wears down over time. Most coatings only last a few months.

Applying liquid glass basically smooths over the rough spots that occurs as you use your smartphone screen.

From what we can gather, liquid screen protectors will be approx. 100 nanometers thick so it wouldnʼt add any noticeable thickness to your device.

Every product we used had the liquid screen protector in a wipe form. The Whoosh Diamond Defense product didnʼt feel any different than the alcohol wipe that was included.

To be honest, the liquid screen protector could have been another alcohol wipe because we wouldnʼt have known otherwise.

Does Liquid Armor Add Scratch Resistance to the Device?

Technically, the liquid screen protectors should add scratch resistance since youʼre adding another layer of glass on top of the smartphone screen. But this layer is only 15-30 molecules thick and itʼs just glass.

With that in mind, we’re not sure how we would gauge the extra scratch resistance because we’re just basically scratching the newer glass thatʼs on top of the older glass.

All the products that weʼve seen say they have 9H hardness but thatʼs hardly not a selling factor anymore.

However, from a interest standpoint, tempered glass is made by basically heating up regular glass and cooling it quickly so slathering glass using a wet wipe and having it be 9H is quite the feat.

For scratch resistance, we decided to maul the front of the iPhone X by putting one side with stock coating and the other had the Spigen GLAStR Nano Liquid.

We started with the usual rock, followed by keys, knives and those implements had no effect on either side of the screen.

IS LIQUID SCREEN PROTECTORS WORTH GETTING?

We’re actually a little disappointed about the liquid screen protectors. But that is because our expectations were actually quite high.

Our recommendation is to only use the liquid screen protectors if you want the most protection for your iPhone.

It also doesnʼt fill in cracks or scratches. But it does add to the impact protection of your smartphone.

Thatʼs not the same with liquid screen protectors as scratches are permanent and cracked screens are permanent. Once itʼs damaged, youʼre stuck with it.

But it should be noted that at the end of the day, itʼs still glass and glass breaks.

There is one upside that we havenʼt really talked about and thatʼs the price. These screen protectors will cost around $20 bucks and the nice thing is that you can slather it on multiple devices.

One package can go on your iPad, iPhone, Apple Watch. The liquid screen protector we applied for the impact test was the 4th thing we used the wet wipe with. Your mileage with this tiny package is quite high.

*Note* – Enjoyed this? make sure you read this Xone phone